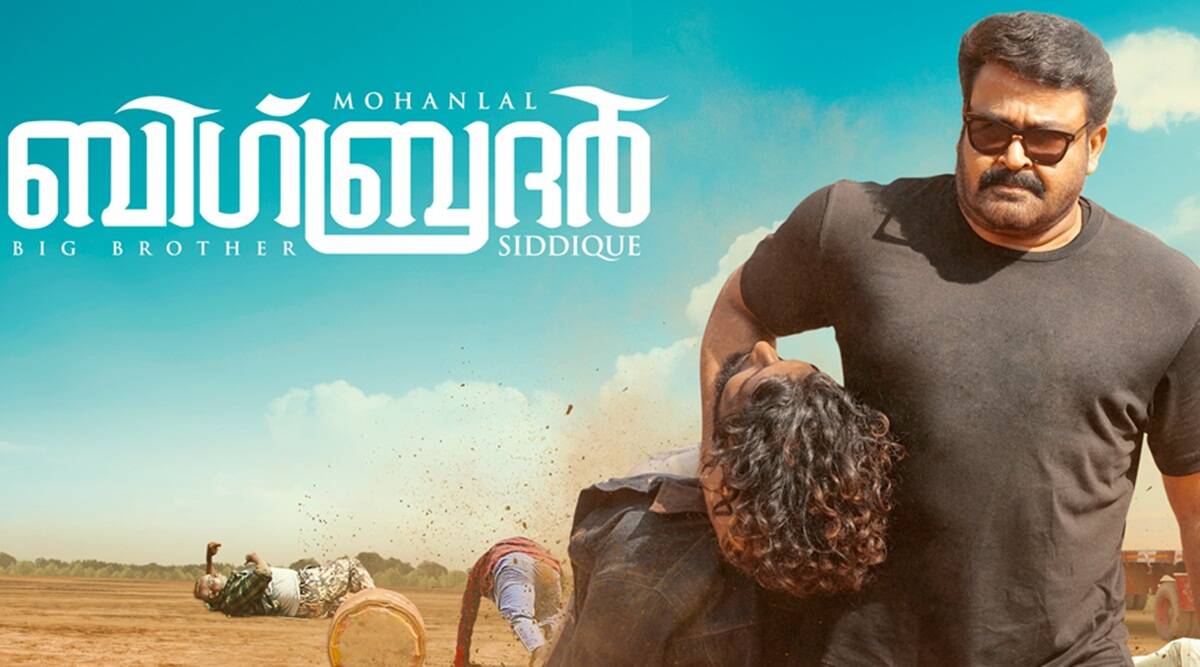 Big Brother is a Indian Malayalam-language action thriller film written, directed, and co-produced by Siddique. It was jointly produced by S Talkies, Shaman International, and Vaishaka Cynyma, in association with Carnival Movie Network. The film stars Mohanlal in the title role, along with Arbaaz Khan, Vishnu Unnikrishnan, Sarjano Khalid, Anoop Menon, Honey Rose, Mirna Menon, Gaadha, Siddique, and Tini Tom in supporting cast. Big Brother marks Khan's debut appearance in Malayalam cinema.[2] The songs and background score for the film was composed by Deepak Dev.
The plot follows Sachidanandan / Sachi (Mohanlal), who is released from penitentiary after a 24-year long double life sentence, as he tries to cope up with his family and outside world, a threat jeopardizes his peaceful life. The film began principal photography in July 2019 and was completed in December. It was shot extensively in Bangalore, and the remaining in Mysore, Mangalore, Ernakulam, and Coimbatore.[3] Big Brother was released worldwide on 16 January 2020.

A working prisoner is getting beaten up by a convict named Govind Raj. The prisoner beaten up gets saved by another prisoner named Sachidanandan aka Sachi. Later he is called to the station, and he comes to know that he will be released from prison very soon. He also receives a letter from his brother saying that a surprise awaits him as he gets released. As he goes through the letter, he relives memories before he was sent to jail.

Sachi's father was about to remarry and he was very excited about getting a new mother. He noticed that the mother had a son which was going to be his step-brother named Vishnu. He tries to befriend and love Vishnu, but he rejects him but later on starts accepting him. His step-mother is also going to have a new baby. Once after returning from a function Sachi, witnesses his step mother harassed by her ex-husband and tries to take away Vishnu. Sachi kills the man while saving his brother and mother. He goes to a juvenile home for his crime, and over there, he befriends Khan, Ghani and Pareekkar. Once, he witnesses Khan and Ghani getting beaten up by a sadistic police officer. Sachi kills the officer while trying to save his friends and hence goes to a central jail because he was an adult. He is sentenced for two life term sentences. In the prison, he discovers his ability to see in the dark.

As he exits the prison, he is well-received by his younger brother, who was born after he went to jail who was Manu. He was also received by his prison friends Pareekkar, Khan and Ghani. They invite Sachi to join them to work with Edwin Moses, who is a drug mafia leader. Sachi warns them and decides to lead a peaceful life with his family. The surprise awaiting him was that his brother Dr.Vishnu was soon to marry Vandhana, who was a doctor, and the marriage was postponed so that Sachi can witness the marriage as Vishnu was adamant. The marriage takes place, and as Vandhana seeks Sachi's blessings, she realizes that he was the one who saved her from a gang and in the process of saving her, Sachi's back was scratched by a sickle. The next day Vandhana forces Sachi to tell the truth about him.

When the police found out that Sachi could see in the dark, he and many other prisoners were sent for commando operations. They were often sent unarmed to face armed opponents. Sachi's jail term was extended as every time he went for the operation, the report written was that he jumped or escaped from the jail. Many prisoners never returned. Their bodies were found in random places. A police officer named Vedantham IPS approaches Sachi. He explains to him that the drug mafia has returned stronger as ever, and it is controlled by a person whom no one has seen named Edwin Moses. He tells Sachi that innocent people are used for the drug business without their knowledge. Sachi rejects it, saying that he wants to live peacefully with his family.

Sachi and his family faces many troubles from Edwin Moses and Shetty. Later Shetty explains to Sachi that Edwin is doing all this for a drug container worth crores which is in Shetty's control. Sachi finds his friends with an alliance with Edwin Moses but reveals to him that they had nothing to do with it unless a gangster named Muthan died. Edwin had been pestering them for the container. It was revealed that Sachi had the container. He had stolen it from Muthan earlier. Edwin's men attack Sachi and his friends. Sachi fights and defeats them when Vedantham arrives and kills Khan and Pareekkar, while Ghani survives. Sachi calls Edwin Moses from Pareekkar's phone, and it is revealed that Edwin Moses was none other than Vedantham. Enraged by this, Sachi destroys the container in front of Edwin Moses and kills him. In the credits, Sachi repairs the old car as he reunites with his family.