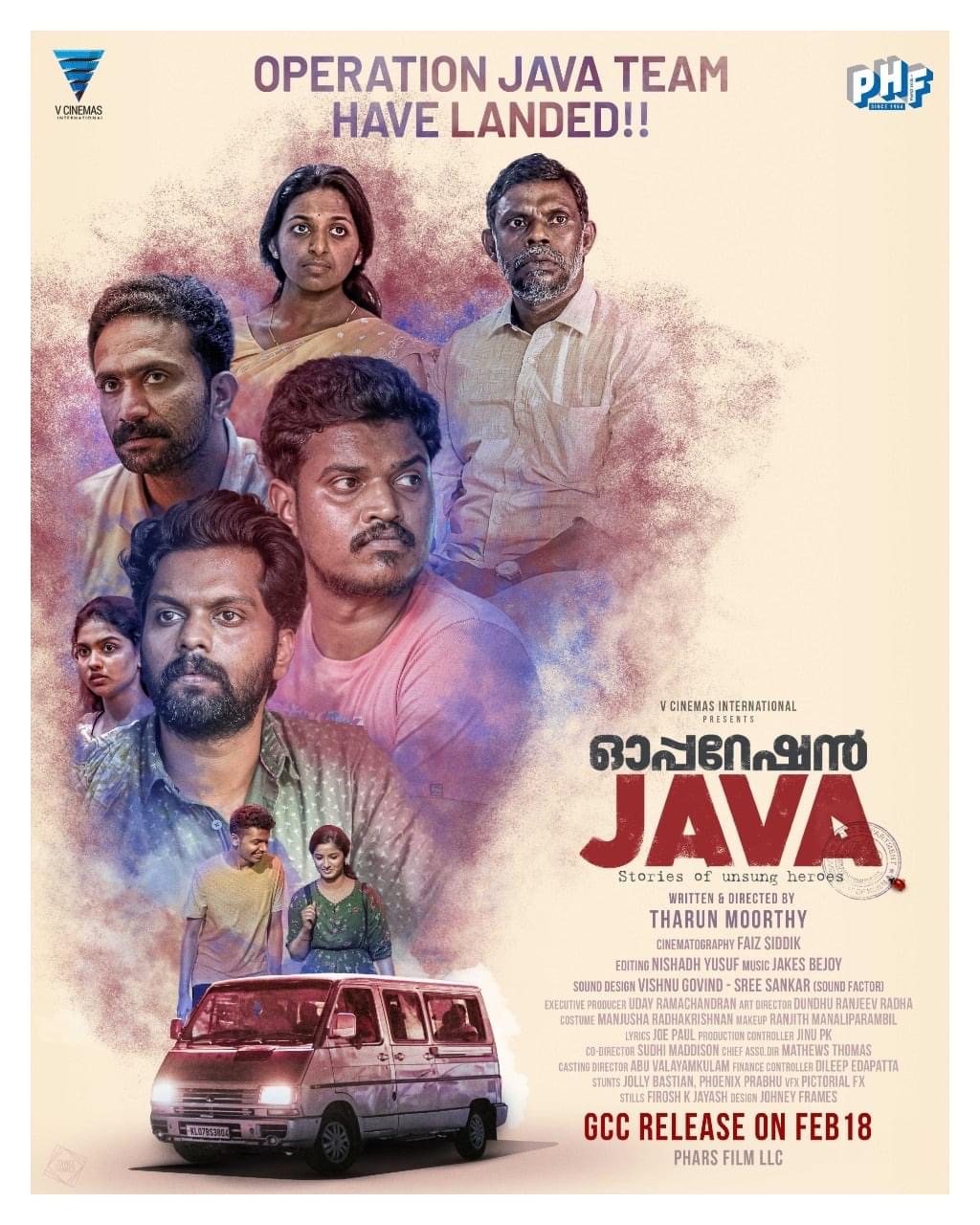 Operation Java is a 2021 Indian Malayalam-language cybercrime drama film produced by V Cinemas International, written and directed by Tharun Moorthy (in his feature film debut). It stars an ensemble cast including Balu Varghese, Lukman Avaran, Binu Pappu, Irshad, Shine Tom Chacko, Mamitha Baiju and Vinayakan. The story details an investigation undertaken by a cyber cell police station in Kochi. The film released on 12 February 2021 and received positive reviews from critics. The film is based on real-life cases and portrays investigations undertaken by a cyber cell police station in Cochin over the period of a year and half with the help of two engineering graduates. Cases involve film piracy, job fraud, and murder. Antony George and Vinay Dasan are the two opportunist youths who join the team as temporary employees in the cyber cell and help the team solve cases using their skills. In the end, they end up not permanently hired, inspite of the initial promise. The film explores the darker side of information technology and its users. The film also conveys the struggles of temporary/ intern/ apprentice staff who work hard but don't get proper recognition or financial benefits for their work.