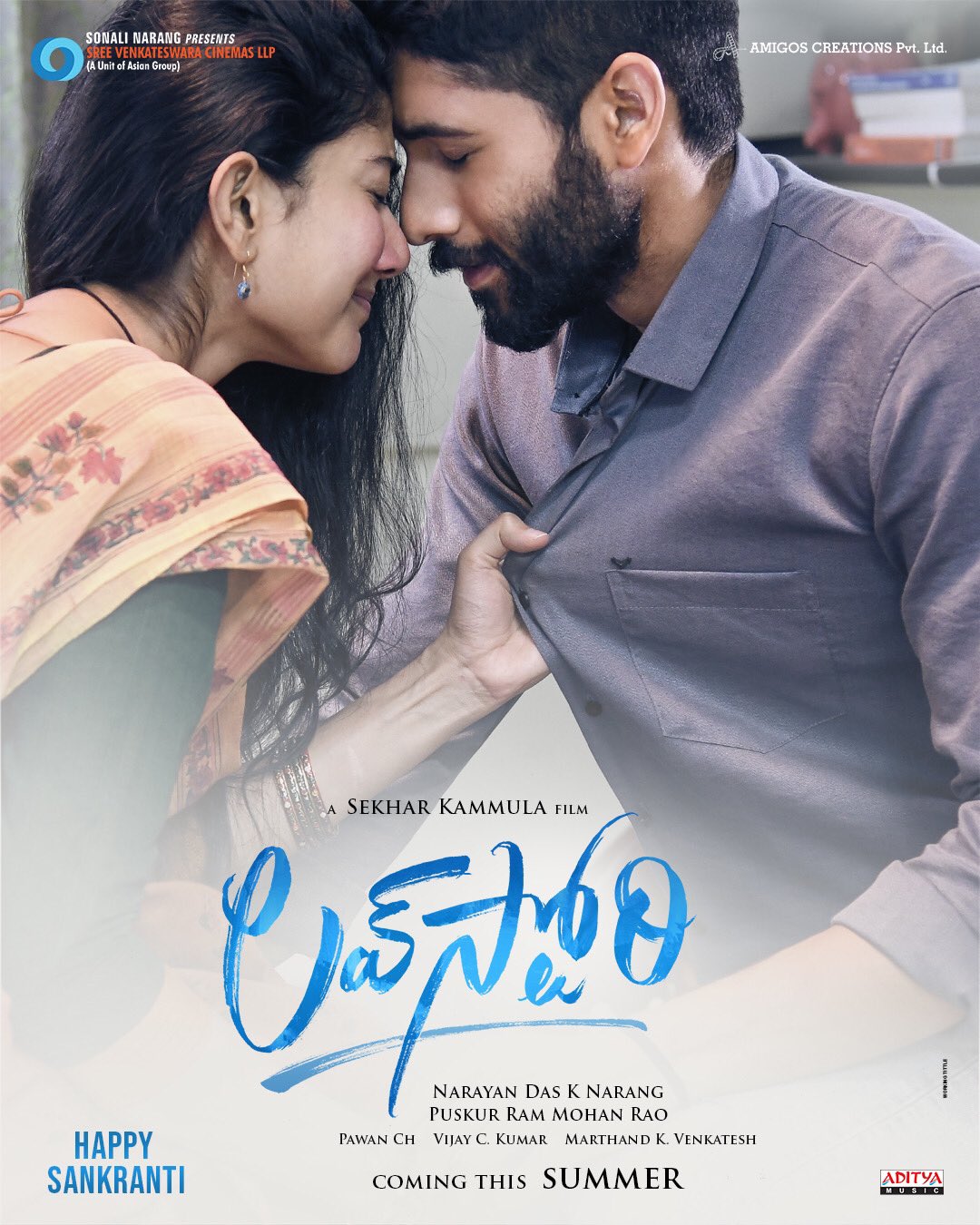 Love Story is an upcoming Indian Telugu-language romantic drama film written and directed by Sekhar Kammula. Produced by Amigos Creations and Sree Venkateswara Cinemas, the film stars Naga Chaitanya and Sai Pallavi. The film score is composed by Pawan Ch while cinematography and editing are performed by Vijay C. Kumar and Marthand K. Venkatesh respectively. Production and release of Love Story were delayed due to the COVID-19 pandemic. After being postponed multiple times, the film is scheduled to release on 10 September 2021, coinciding with Vinayaka Chavithi. In September 2018, Narayan Das K. Narang and Pushkar Ram Mohan Rao of Asian Cinemas, a prominent distribution and multiplex venture announced their maiden film production, through its subsidiary Sree Venkateshwara Cinemas. Sekhar Kammula was reported to direct for the banner, along with his own production Amigos Creations and was reported to be a musical romantic comedy film featuring debutants, however, the project was later shelved after a minor shoot. Sekhar later approached Naga Chaitanya for the project, whom he eventually agreed after reading the script.[11] Sai Pallavi was also chosen for the female lead role, marking her second collaboration with Sekhar Kammula after Fidaa (2017). A formal launch event with a pooja ceremony was held on 27 June 2019 at the Venkateshwara Temple in Tirupati. Love Story was reported as a tentative title, which was confirmed as the film's official title in January 2020