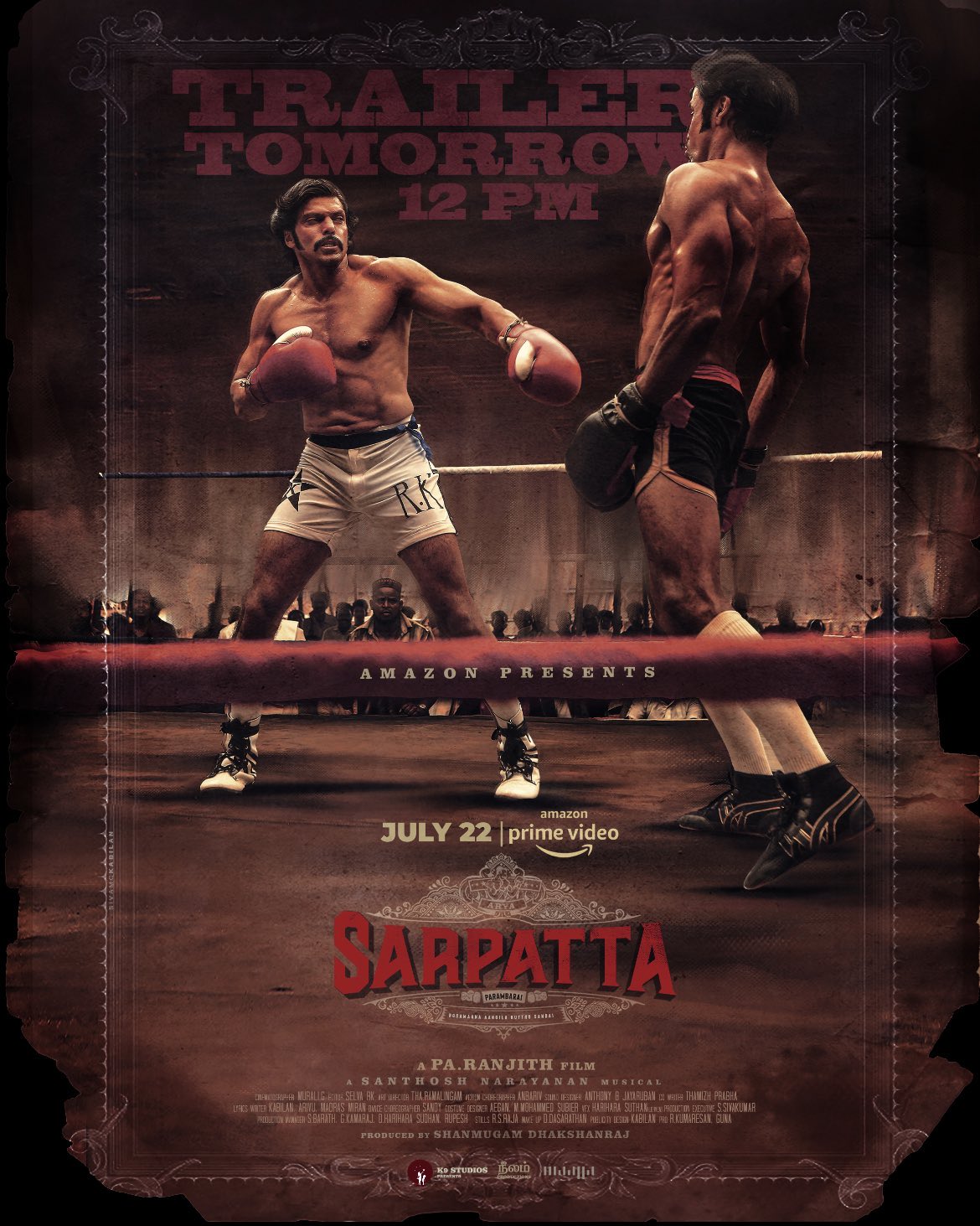 Sarpatta Parambarai is a 2021 Indian Tamil-language sports action film directed by Pa. Ranjith, who also co-produced the film under his banner Neelam Productions, along with Shanmugam Dhakshanaraj of K9 Studios. The film stars Arya, John Kokken, Shabeer Kallarakkal, Dushara Vijayan, Pasupathy, Anupama Kumar and Sanchana Natarajan. Set in the 1970s, the film revolves around a clash between two clans namely Idiyappa Parambarai and Sarpatta Parambarai in North Chennai, which also showcases the boxing culture in the locality and also the politics being involved in it. Pa. Ranjith shelved his biopic drama based on the life of Birsa Munda, and wrote this script with Karthi in mind, but due to his prior commitments, he later approached Arya to play the lead role. The film was eventually supposed to begin production in during February and March 2020, after the intensive training sessions of the actors being involved in the film, but due to the COVID-19 pandemic induced lockdown, the production delayed further and eventually began in September 2020 which was completed within December 2020, with filming took place for nearly four months in and around North Chennai. The film's technical crew comprises music director Santhosh Narayanan, cinematographer Murali G. and editor Selva R. K. Sarpatta Parambarai was originally scheduled for theatrical release was delayed due to the COVID-19 pandemic, which as a result, the makers opted for a direct-to-digital rel